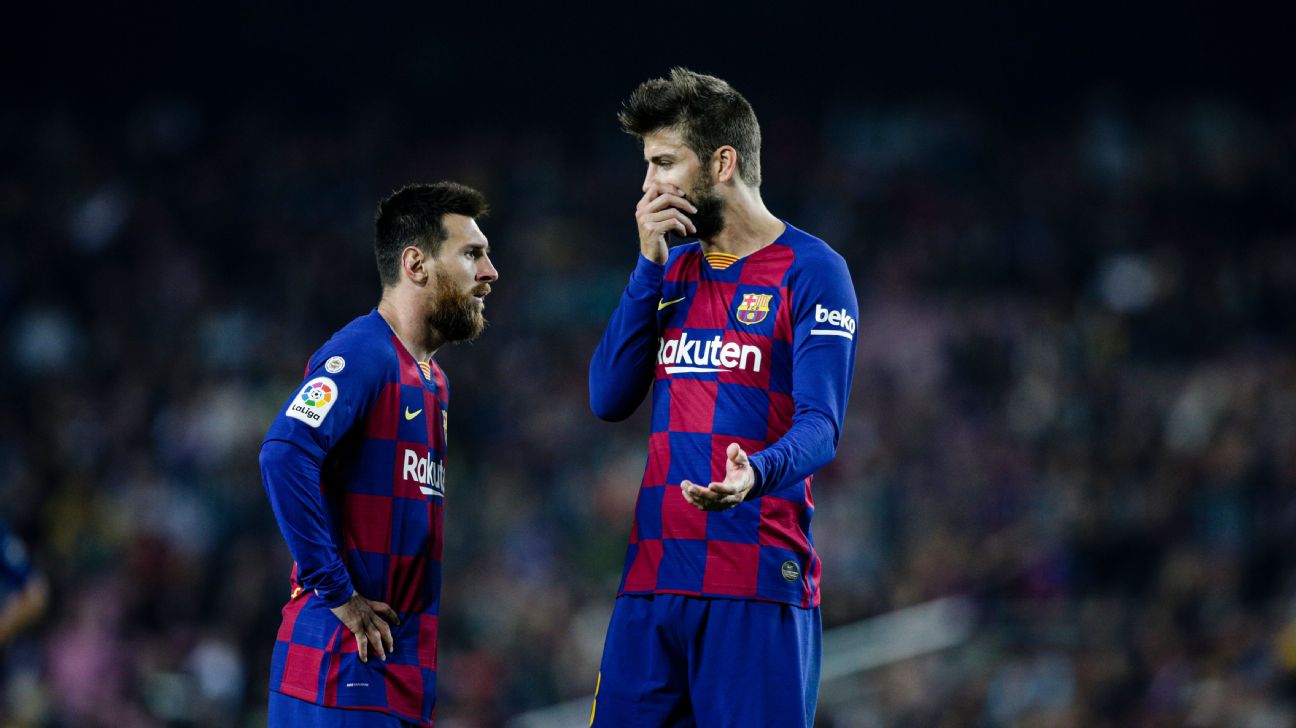 Gerard Pique asked Barcelona's supporters for some patience after the players were jeered off the pitch following Tuesday's goalless draw against Slavia Prague in the Champions League.
Barca had the best chances at Camp Nou, with Lionel Messi hitting the bar and visiting goalkeeper Ondrej Kolar forced into a string of fine saves. However, they were unable to break the Czech side down as they failed to score in a home game for the first time since February 2018.